The Croatian national team booked a place in the semi-finals of the 2022 World Cup, after defeating Brazil by penalty kicks 4l2, after the end of the original time with a negative draw, and additional time with a positive draw with a goal for the same.

The Argentina national team snatched the ticket to qualify for the World Cup semi-finals, after overcoming its Dutch counterpart, 4/3, after the end of the regular and extra time 2/2, in the meeting that brought them together in the quarter-finals of the 2022 World Cup

The Argentine national team advanced with the first goal through Molina in the 35th minute, and in the second half Messi doubled the score with the second goal from a penalty kick in the 73rd minute, but the Netherlands returned in the 84th minute and reduced the difference through Vighorst, and in the 99th minute of stoppage time, the Netherlands equalized. For the two teams to rule overtime

In the extra periods, the pace of play calmed down, and the two teams tried to wait for any opportunity to snatch the qualifying goal and not go into the midst of lucky kicks, but the innings ended for the two teams to rule on penalty kicks, and the Netherlands kicks came: Van Dyck (missed) – Bergis (missed) – Kopemeners (goal) – Fijkhorst (goal). – Luc de Jong (goal), while Argentina’s kicks came: Messi (goal) – Paredes (goal) – Montiel (goal) – Enzo Fernandez (missed) – Lautaro Martinez (goal) 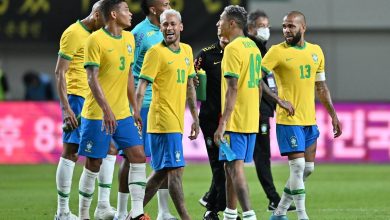